THE DEAD SEASON by Tessa Wegert 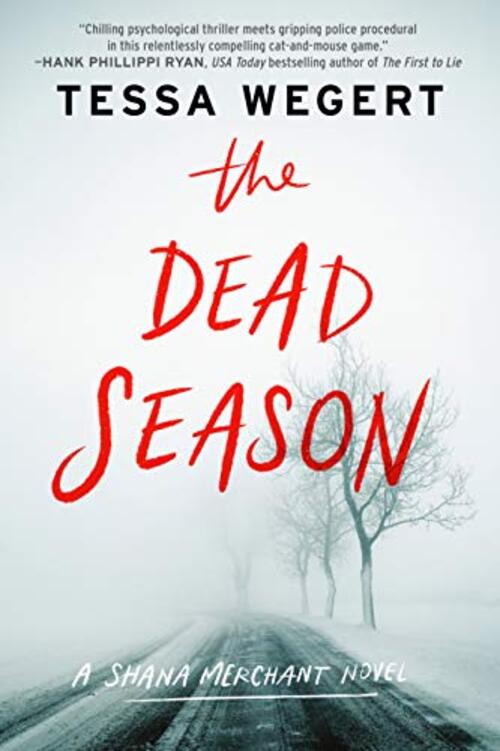 Senior Investigator Shana Merchant has spent years running from her past. But she never imagined a murder case would drive her to the most dangerous place of all—home.

After leaving the NYPD following her abduction by serial killer Blake Bram, Shana Merchant hoped for a fresh start in the Thousand Islands of Upstate New York. Her former tormentor has other plans. Shana and Bram share more than just a hometown, and he won’t let her forget it. When the decades-old skeleton of Shana's estranged uncle is uncovered, Bram issues a challenge: Return home to Vermont and solve the cold case, or the blood he spills next will be on her hands.

As Shana interviews members of her family and the community, mining for secrets that could help her solve her uncle's murder, she begins to realize how little she remembers of her childhood. And when Bram grows impatient and kidnaps again, leaving a trail of clues Shana alone can understand, she knows his new victim will only survive if she wins the psychopath’s twisted game. In order to solve one mystery, Shana must wade into her murky past to unravel another.